Mr. Amitabha Gupta was our guide,  after briefing about walk we pose for group photo, then our walk started.

As per local veterans the press of Probasi Magazine was here between 1920s to 1950s . The fact that the lane besides the Petrol pump – Ramananda Chatterjee Street (Earlier Badur Bagan Row) is named after the editor of Probasi substantiates the claim.

Probasi was a monthly Bengali-language literary magazine, founded by Ramananda Chatterjee in 1901 and ran for over 60 years. Most significant was Nobel laureate Rabindranath Tagore who published regularly in it from 1914 until his death. Tagore’s major creation reached Bengali homes through Probasi. It had around 350 contributors including Premendra Mitra, Bibhutubhusan Bandopadhyay, Eminent Historian Rakhaldas Bandopadhyay, Nirad. C. Chaudhuri.

B. The Young Spanish Maiden – English

3. Calcutta Police Museum :
Originally House of Rammohun Roy  at 113, Acharya Prafulla Chandra  Roy Road, Kolkata- 700009. Other than being a social reformer who is known for abolishing Sati and founding Brahmo religion, Rammohan Roy published journals in English, Hindi, Persian and Bengali. His most popular journal was the Sambad Kaumudi.

Rabindranath Recited Poem No 51 Poetry of Gitanjali  both in Bengali and English on the gate after getting felicated for getting Nobel Prize.

Location:  100A Garpar Road – Birth place of Satyajit Roy
This is the house where Satyajit Roy was born and spent his Childhood. His Grandfather Upendra  Kishore Roychowdhury  had stayed at several houses around this locality and this was his last residence.Upendra  Kishore Roychowdhury  was the first person to introduce modern block making, including half-tone and colour block making in India and perhaps South Asia.  He was famous as a Children Literature.  Among his famous books are Tuntunir Boi, Gupi Gayne Bagha Byne, Chotoder Ramayan and  hotoder Mahabaharat.

He designed this house himself and shifted here in 1914 or 1915. His organization’s name was U. Roy and Sons.  Ground floor had Printing press and top floor had Wood Block manufacturing unit. The residential unit was on the back side. Upendra Kishore died in this house in 1915 December.  Satyajit Roy was born in this house in 1921 and stayed till 1926.

Satyajit Roy’s Father Sukumar Roy was talented writer as well as artist too.  Abol Tabol was published in September 19, 1923, but tragically Sukumar Roy died on 10 September 1923. After death of Sukumar Roy in 1923, the house, press and manufacturing unit all were sold. The family was spread to different locations of Calcutta. Sukumar Roy’s wife with his 5 year old Son Satyajit shifted to 158/1/1A Bakul Bagan Road at her brother’s residence. Athenium institute shifted to this house in 1931.

It was awesome heritage walk indeed lots of new places discover and learned new things through out this walk. Thanks to Streets of Calcutta and his team for nicely organized it with Oxford Apeejay Bangla Sahitya Utsav 2015. A big thank you whole ABSU2015 team for making it possible. Hope this kind of event will be happen more and more, happy to be a part of it.
Thanks for reading my blog 🙂

There was an error retrieving images from Instagram. An attempt will be remade in a few minutes. 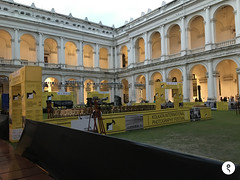 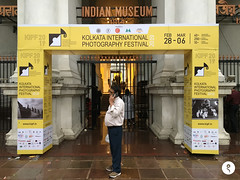 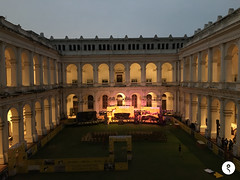 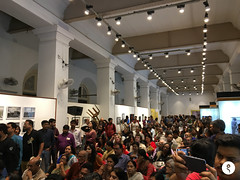